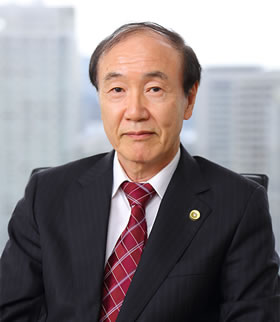 Although he passed the bar examination, after graduating university, he first became a research assistant at The University of Tokyo, and thereafter, while teaching at Kyoto University, Harvard University, Chuo University, and other institutions, he devoted himself to research in order to build bridges in particular between statutory interpretation and judicial procedures, practical aspects of the practice of law as an attorney, and fundamental legal theory.

When he first moved from teaching to the practice of law as an attorney, an article that he wrote comparing the status of the law on post-divorce parent-child relations in Japan with that of foreign countries caught the eye of people who suffered due to being separated from their offspring. His wife dealt with the same issue from the standpoint of psychology, and many clients came to him with cases concerning children and divorce.

At the same time that he set about resolving those cases with a strong conviction and sense of mission, he decided to move his office to Hibiya and engage in earnest in the international and corporate legal services that are his areas of expertise.

Even now his analytical abilities and knowledge of comparative law that he developed through many years of wide-ranging research serve him in his work as an attorney. As well as gaining a comprehension of legal issues by researching Japanese and foreign literature, while constructing theories to solve those issues, he works on client matters with zest. 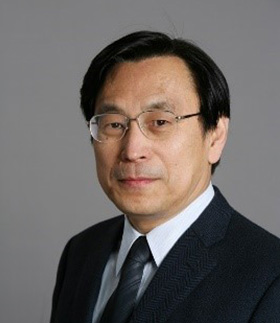